In the case of this protest today, the Boston Protest Against Muslim Ban and Anti-Immigration Orders in Copley Square, I wanted to join my fellow Bostonians and add myself to the numbers of people who stand by those who are threatened by Trump’s policies, including the most recent one – banning people from certain countries from entering the United States.

Since art (and baking) is stress relieving for me, I really got into my sign making, and stayed up late to design and paint mine to stand out. I laughed to myself as I thought about all the artistic things Mom taught me as a kid working on various projects; re-trace the black after you paint so it looks cleaner, use big clean penmanship, etc.

From my perch with Lauren, Owen (whose sign read “Know Justice, Know Peace!”) and Elizabeth on the fountain in Copley Square I could see people stopping to photograph my sign to add to their collection (so many great signs, and people improving – pizza boxes, a towel, even a paper napkin!). After standing with them for about 90 minutes, I left them to wander. Holding my sign up high, people stopped me to take a photo of it. One group, three women with a child in a stroller said “Oh! Can we have our picture taken with you and your sign!?” I did so gladly (I’m never the one getting in a picture!).  As we parted ways they said “Thank you for standing in solidarity with us!”.

Solidarity. That was the word. That was why I attended today. Imagine how one would feel being a refugee, or an immigrant, or a Muslim in America right now. I would think that seeing the people out in droves for me would help me feel better. If only for a little bit. I realized when she said “solidarity” that that was exactly the reason I went.

The other thing that occurred to me is that I may have to bite the bullet and invest in a decent small camera. My iPhone isn’t cutting it and I have a feeling this isn’t the last of the protests I’ll be attending.

Some of my favorite signs read

“I’m not a sign guy but GEEZ!”
“Know Justice, Know Peace”
“Bigotry is Bigly Unconstitutional”
“First they came for the Muslims…and we said ‘not today Motherf*&$%&r!” 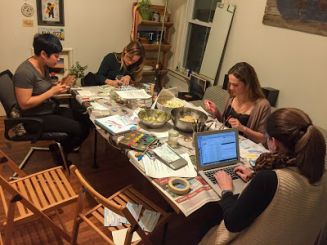 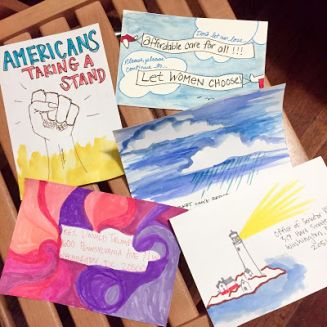 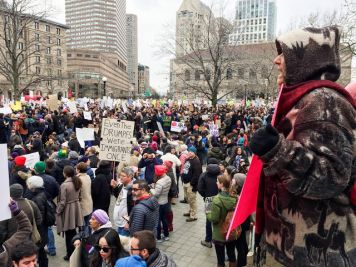 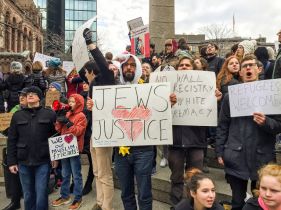 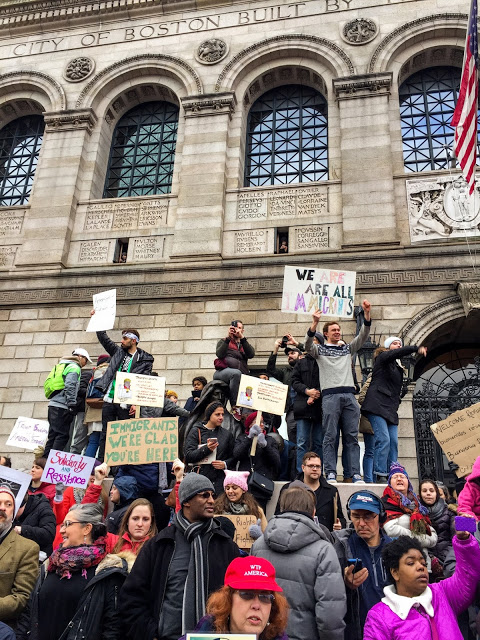