This weekend I did some yardwork and then headed west to the Berkshires to hang out with Meg and her clan of fun.

Now that Shannon is in western MA, I get to see her more often too. She joined Meg and I on Friday night and we went and saw The Happy Film at the Berkshire Film Festival. It was a really interesting movie, not only from a topic standpoint, but the design of it is completely amazing. We got a bite to eat afterwards and ended the night with some ice cream, which I basically make Meg do every night I’m there when I come to visit because it’s so good and it’s my personal mission to make Meg eat more.

I returned Sunday and did some more yardwork. I’ve been researching how to maintain lilac bushes and so I cut them back last night. Some of the old trunk just came right out of the ground when I pulled because it had been cut back so long ago that it was rotten. I had no idea these things needed trimming. Learn something new every day I guess!

Miles, almost 7, doing some tiedyin’. These shirts were great for keeping track of all the kdis when we went to MASS MoCA the following day!

Stella made pancakes and I got a Mickey Mouse one!

Part of the new wing 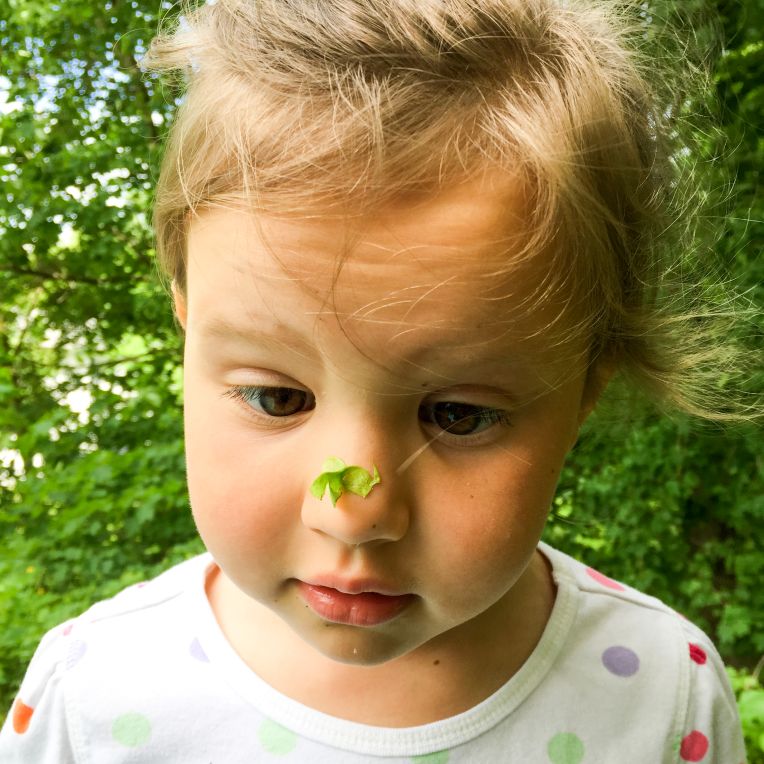 Some modern art stuff that I don’t get 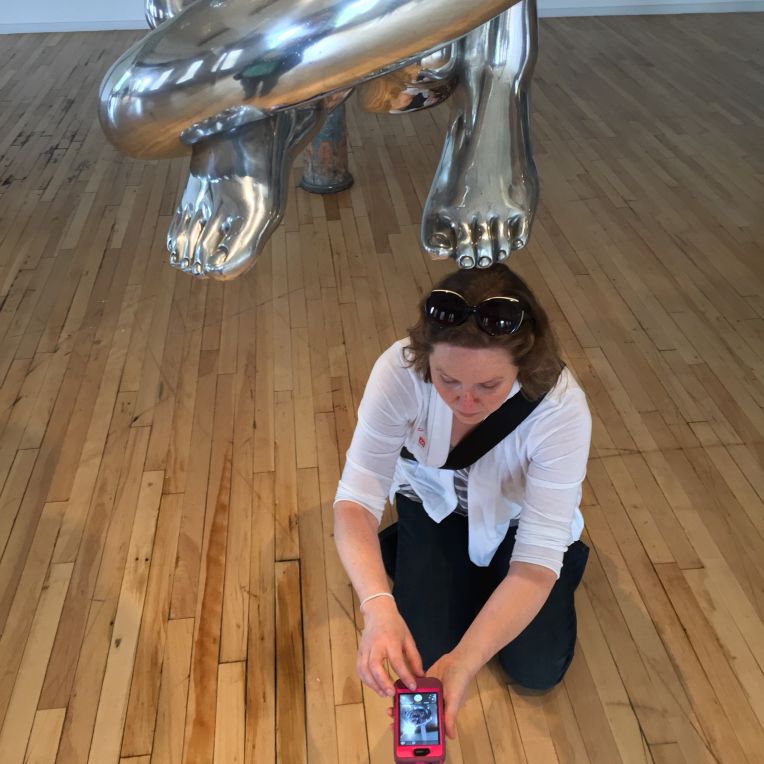 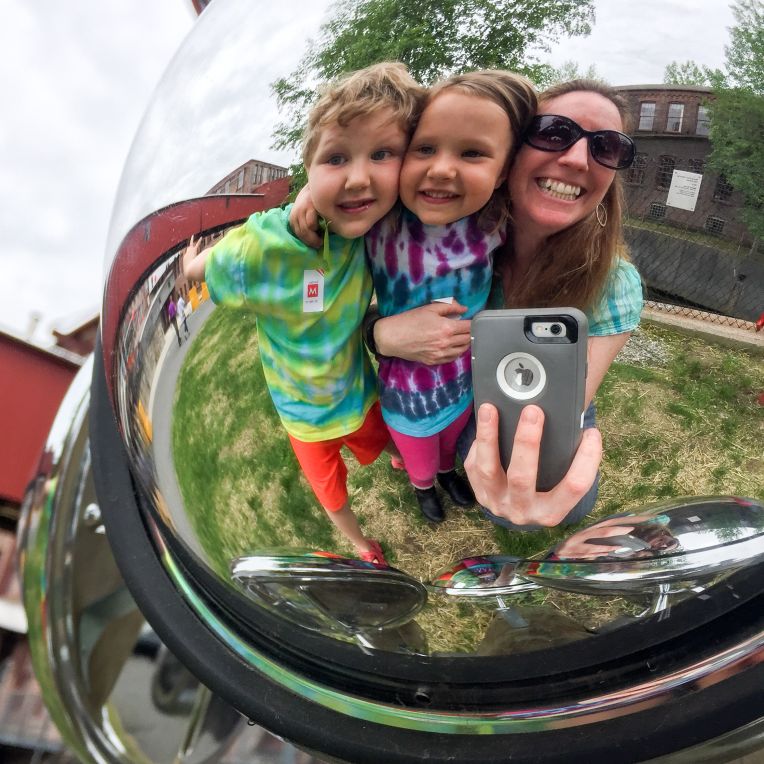 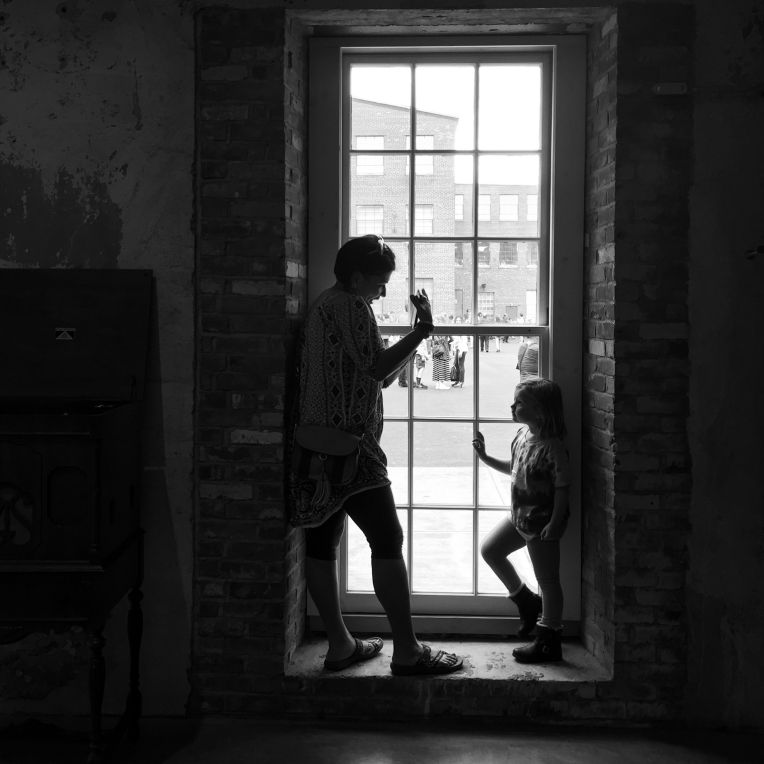 Shannon explaining to Vivian what performance art is.

At MASS MoCA where there was a grande opening of the new wing. In this picture, even the service dog wants to check outt he view! 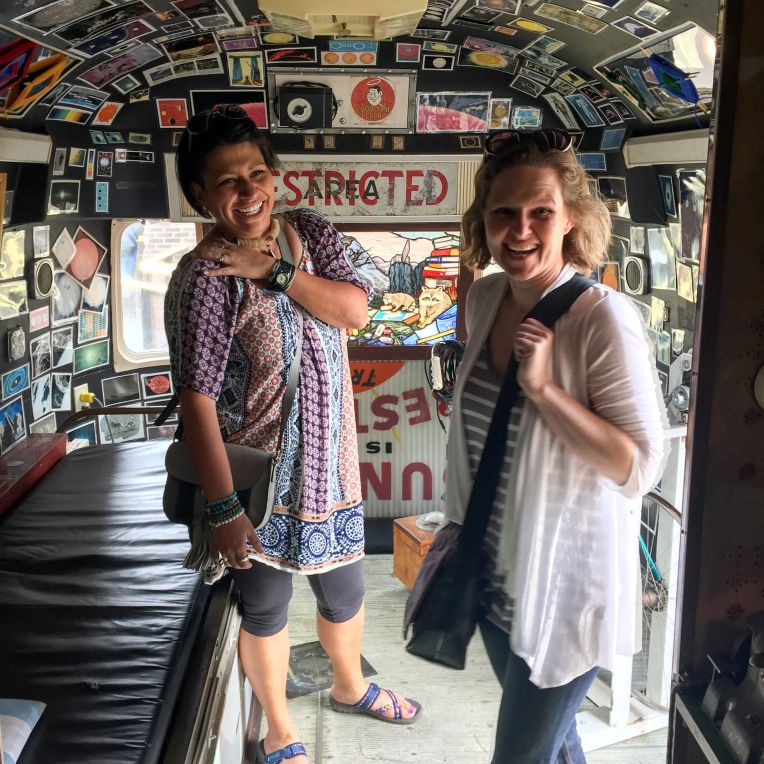 Shannon and Meg inside the airstream exhibit

While I was off doing my thing, Harlow was having a blast with my dog walker, who was hosting a bunch of dogs “I have SEVEN dogs here. Three “princesses”, a big brute, two tiny dogs one of which has cardiac disease and the other just had her ear removed to excise a mass cell tumor. Everyone is happy and safe” she told me, adding “(Yes, Harlow is in my princess category along with Maya and Josie lol)”

I joked that I’d always thought Harlow was more of a tomboy. I was just glad she was behaving.

On the lookout (before I left town)

Since there was no couch, Grampy worked just fine, thank you. (A shot form last week)

With her friends while being boarded at Amanda’s

My little itty bitty rhodie, which I planted a few years ago and flowered for the first time this year, and the lilac bush.

Removing patches of grass this morning. “Harlow, I need to pull that grass up.” “Well….I’m sitting here…so, remove some other grass”