Well, the massive landscaping project of 2017 is moving right along. The photos here are actually not completely current, but pretty close, so they’ll do.

Fabiano went through hell and high water to rent a Bobcat Shoveling Thingy to bring the delivered dirt/loam up the side ramp of my home, through the backyard, and into the side yard to its final destination. Finding an available Bobcat Shoveling Thingy proved to be a massive task. Fabiano spent hours calling and visiting places. One would say they had one on hold at their second location, then he’d go to the second location and they’d have no idea what he was talking about.

I was not home while this was happening, and by the time I returned that evening, there was a strong smell of gas emanating from my yard. I assumed it was just the Bobcat Shoveling Thingy that Fabiano had finally procured and parked behind the house to finish the job the next day.  I was wrong though, and I found the source of the smell in the yard – a five gallon bucket, open, filled two-thirds with gasoline. I scrambled to cover it so Harlow wouldn’t have a taste and fumed to myself over the fact that this was left in my yard.

He had to syphon off the gas/diesel combo and refill it with only gasoline before moving forward with the work. Thus the big bucket of fuel left behind in my yard waiting to be ignited by a random spark flying off a passing bike (or so my imagination thought)

The next night was had massive rainfall and I was seriously freaked out that there would be a mudslide. It looked pretty sketchy by morning, but the next day, Fabiano had it looking great again, and now I’ve gotten some planting done. 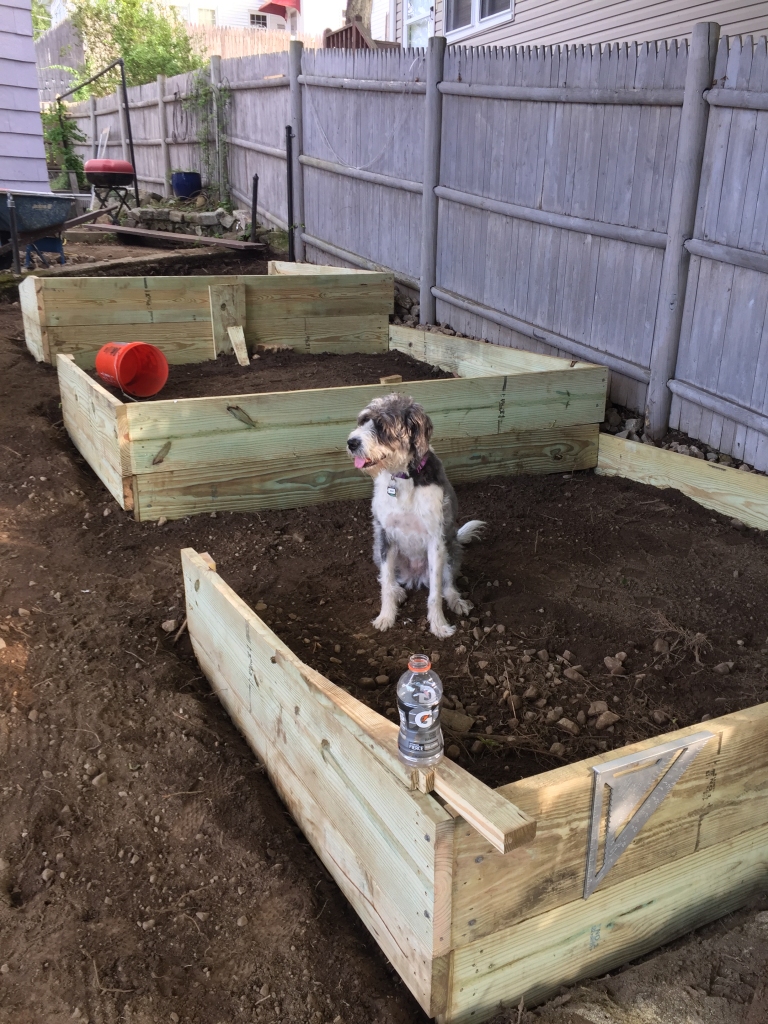 Fabiano and the Bobcat Shoveling Thingy 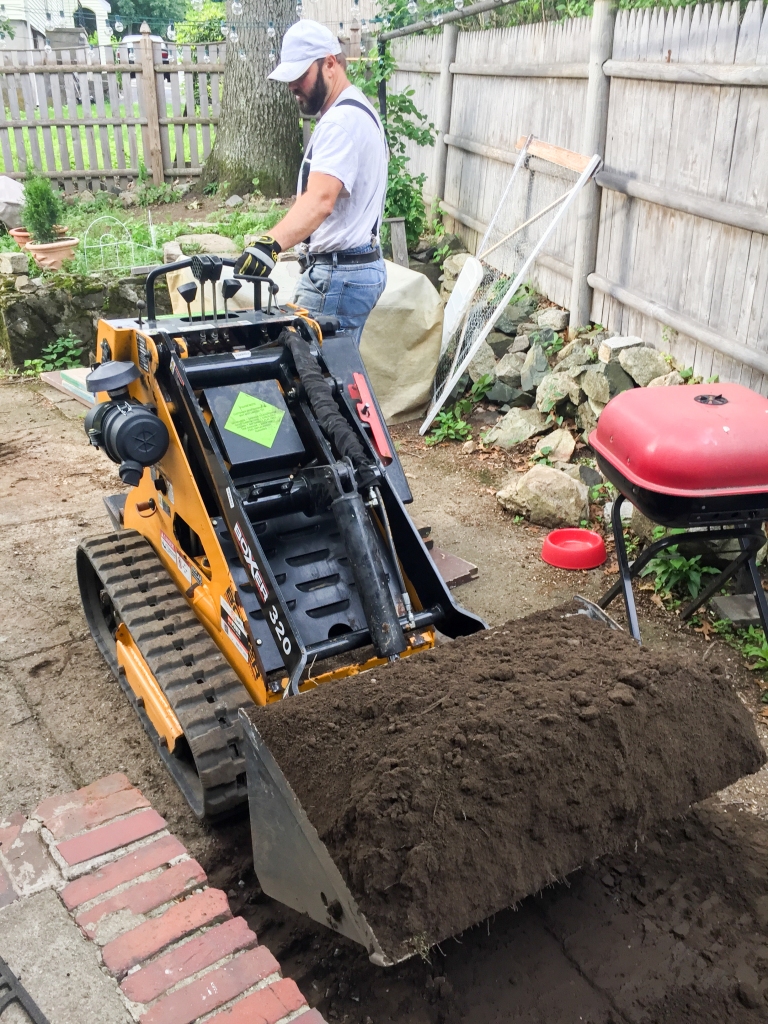 The start of loam spreading below 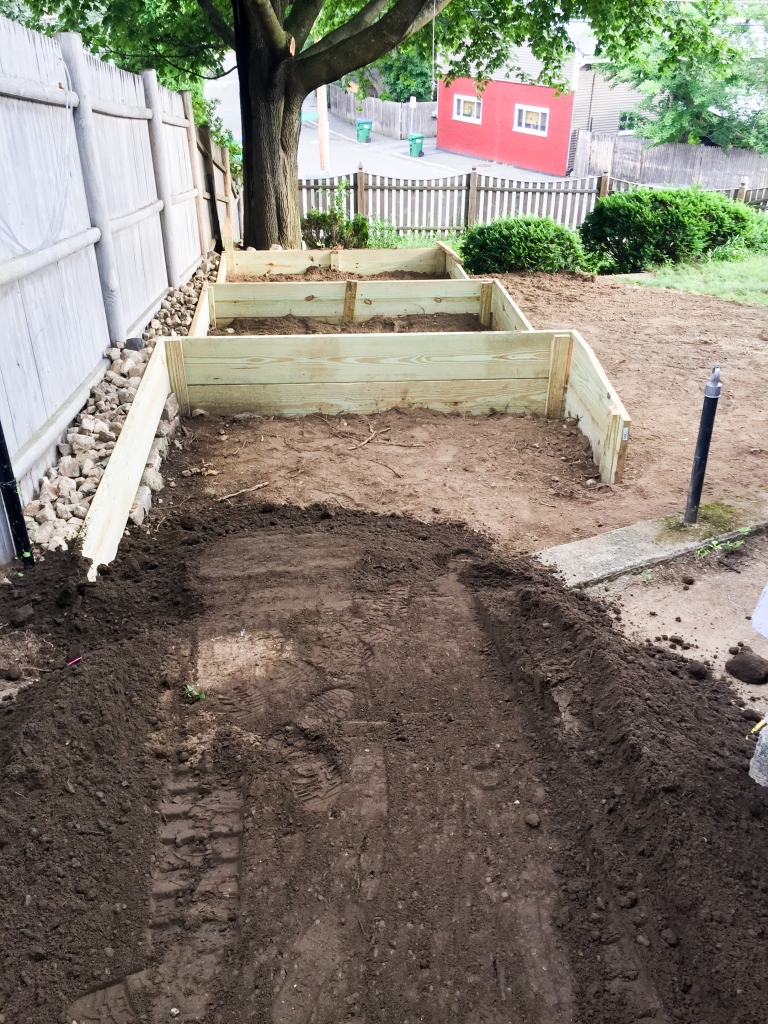 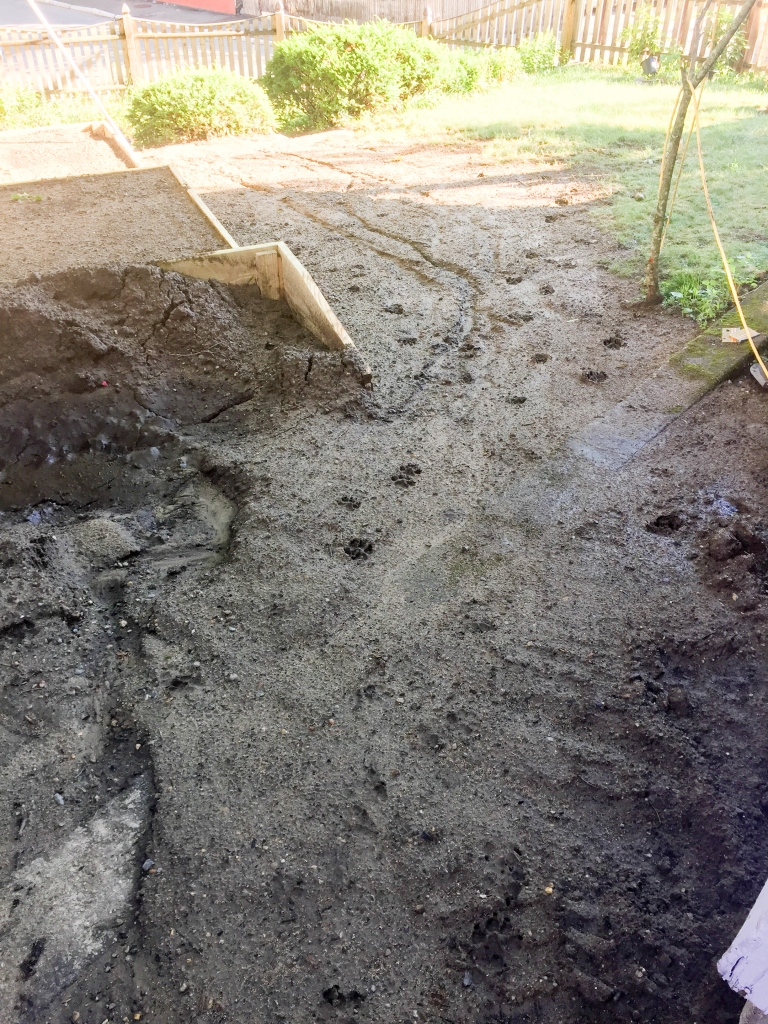 The start of the plantings.