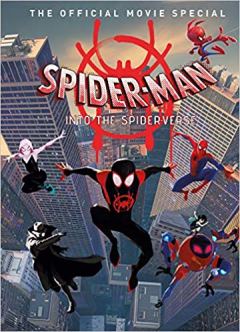 to use his name or share this story) for dinner and a movie (Spiderverse! It was good!). We sat at the bar at the American Brewhouse at Assembly Row. Drinks in hand, menus down after determining what we want, our server didn’t return to take our order. This was a large bar we were sitting at, and even though the super bowl was starting on the screens, there were far more empty seats than taken ones.

After trying to flag down our server, I gave up and waved down another one. She helped me decide between two options, then turned away from us to put my order into the computer. I thought for sure she was going to turn back to get James’ order.

But she didn’t come back to take his order. I have never experienced this before and didn’t know what to think. Did she not realize we were eating together, even though the bar was long and there were lots of empty seats and we were sitting right next to each other? Was it just an unfortunate accident that she took my order then turned away from my friend and didn’t come back?

Did I mention my friend is black?

It was a truly strange experience. I tried to wave her over again, but much like it was when we were trying to first get our orders in, they were all very busy and important doing not much of anything.

When James did catch her eye, she came over and took his order in a very friendly, “normal” way. If she realized her rudeness/oversight, she didn’t let on. She didn’t say “Oh! I didn’t realize you were sitting together!” Though in truth, that didn’t matter. He still wants to eat. Our menus were still sitting in front of us, and she only took them both away after taking his order.