TAUFS, SWITZERLAND•  Anne’s cabin is nothing short of magical! Everywhere you look there is a picturesque vignette – a chair by a window with a pillow just so and the light hitting it just right, for example.

The meadows surrounding the barn where the cabin sits were in full bloom. I think I arrived in this country at its floral height, just by luck!

The neighbor, whose barn is attached to Anne’s cabin also has a home nearby, as well as cows, and a pig along with her babies. There were sheep too, but I don’t know if they are part of the farm, and I didn’t dare ask my godmother to stop so I could photograph them as we passed since I’m so incessant with my photography all the time. My family is incredibly patient with not seeing my face so much as my lens.

Over breakfast we various topics like, how we slept. We determined that “I slept like a baby” is a strange term. So, you woke every two hours and needed to eat? Reeli reported that earlier in the morning, she had chatted with the neighbors and learned they were struggling to move the pig and her babies’ to a nicer spot on the farm. Picking up the mama pig or moving her at all is easier said than done I guess, and they have been unsuccessful at moving her.

The cabin’s livingroom. We didn’t sit there since it was so beautiful outside! 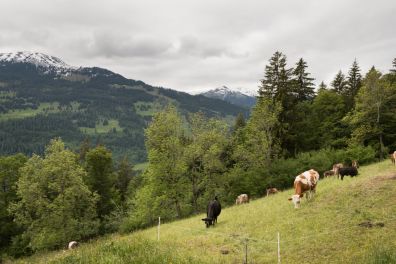 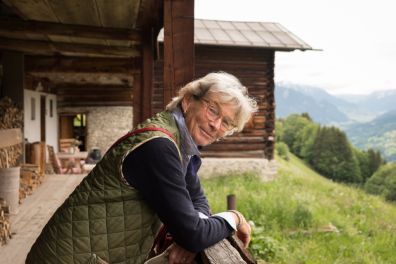 Can you ever have too many cow photos? Maybe.

After breakfast, we went for a long hike through the countryside, and I was pleased to learn that in taking a different route, Anne saw houses and trees and views she hadn’t seen before, and they’ve had this place for eight years already!

It was really nice to get some time with Anne, who is six years older than me.  We have known each other since we were kids, but somehow never get a chance to talk much, even when she comes to her family’s place in the Cape, Scott’s End. It’s always fine of course. It’s nice just to hang out together, but it was easier to have a nice peaceful chat with fewer people around.

I am not happy to be heading back home tomorrow. 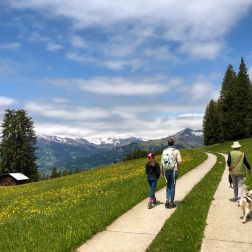 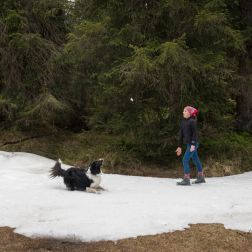 we found snow! Eliza with Lolli

The sign next to Eliza says something like “Enjoy the little things, they are what make life worth it!” Or maybe it says “Get off my property”? but I don’t think so. I think it’s the first one. 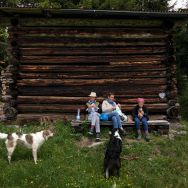 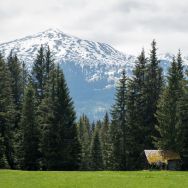 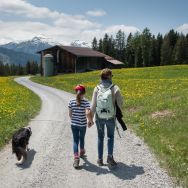 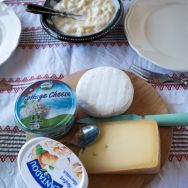 Lunch back at the cabin

I know how to say the word for this dried meat, but I don’t know how to spell it. Phonetically, it’s “boot-ne-flysh” 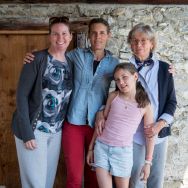 (Please remember that while I’m happy to share my photos, they are not for reuse, borrowing, downloading or copying. )