STAVANGER, NORWAY• I think to myself, You’re not supposed to take anything with you in a water landing. Just yourself. But my insulin is in a Ziplock in my backpack at my feet and so maybe I can throw my phone in there, too to keep it dry.

I think to myself, Can I send a text from the plane? Would I have time? Can I keep my shit together enough to pull the phone out and send one to my parents? Hearts! I’ll just send a  ton of hearts. That will be clear enough if we start to go down.

Earlier today I parted ways with Reeli at the Wadenswil train station to head to the Zurich airport. My flight from Zurich to Copenhagen was uneventful, and I passed the time with some walking around and getting some lunch; a hideously delicious hot dog with pickles, fried onion, mayo and mustard (don’t knock it til you try it!).

Next, I would fly from Copenhagen to Reykjavik, Iceland and then from there to Boston.

One hour into our nearly four-hour flight from Copenhagen to Reykjavik, I was marveling at Remi Malek’s portrayal of Freddie Mercury in the movie Bohemian Rhapsody when the airplane screen I was watching it on cut out. All the surrounding screens cut out too, I noticed, and the cabin immediately began to warm up. The pilot came over the PA and said something extensive in Icelandic, followed by a curt “prepare for landing” (in English).

I did not feel well informed about the situation.

As we began to descend, there was ratting and screeching. I sat with my eyes closed and focused on counting by breaths. There was no turbulence, and everyone on board continued to chatter away (looking back, I am still unsure why everyone was acting like nothing abnormal was happening). I told myself that all the noises I was hearing were the same noises one always hears when flying, and the talking certainly helped me stay calm. Well everyone else is calm to I guess there’s no need to not be!

Fifteen or twenty minutes after that first announcement, we landed in a small airport in Stavanger, Norway which is in the southwest, right on the water.

The landing was smooth and everyone cheered with relief as we touched down. “Engine failure” is what we were told after we were safely on the ground, and it was followed by a long stay in the stuffy cabin while we waited for them to figure out what to do with us.

Babies fussed and cried and I felt for their parents. I overheard people sharing flight horror stories like idiots do to pregnant women. Except for pregnant women; people feel compelled to share delivery nightmares.

By 8:30 we were off the plane and standing in line to order a vouchered dinner from a restaurant at the gate when it was announced that a replacement plane would arrive “sometime between 1am and 3am”. It would take us to Reykjavik, Iceland, and from there I would need to book a new flight to Boston.

Interestingly, I got an alert that the flight I was supposed to be on from Reykjavik to Boston had been canceled. So when it came time to get on a new flight, those of us in Stavanger who needed to get to Boston would be looking for a ride along with all of those on the canceled Reykjavik to Boston flight.

I text my parents to fill them in, and my godmother, who I don’t think even got my text in Switzerland. I text the dog walker who has Harlow. She kindly agrees to keep her another day, and I email my supervisor because I will not be making it to work on Tuesday as planned. I may be too discombobulated to walk straight let alone contribute at the University.

Weirdly enough I don’t mind the situation, but of course, I have another three-hour flight ahead of me followed by a six hour one back to Boston! But at least it’s not boring?

Honestly I kind of just want to know how Bohemian Rhapsody ends.

Waiting on the tarmac

The name of this water amused me 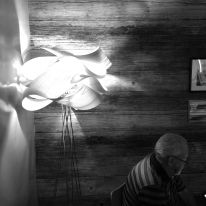 Billy and Lolli the night before I left

Reeli makes another of my favorites for my last dinner; schnatzlettes and rosti.

Breakfast earlier in the day

Look at the adorable egg warmer!

One Reply to “Emergency landing”